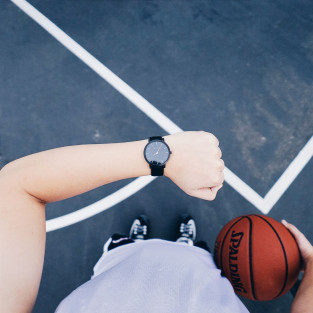 Knowing what to feed your athletic (as well as not-so-sporty) children may seem an increasingly mysterious thing given the varied, and often conflicting, information we are fed these days.
At All About Health and Wellness we can provide science-backed dietary recommendations that will enable your children to be the best they can be. We appreciate this is an area parents may well want help with given that one minute we are told carbohydrates are king and all fats are bad, and then the next minute we are left confused as to who’s who on the good guys and bad guys front. Come and see us (we’re good guys) and we will demystify, ensuring your children are consuming what really is good for them.
Obviously this isn’t just about feeding young people – it applies to athletes of all ages. But, the topic for this month’s blog came about after a conversation with a friend about her 11-year-old daughter was off to play rep hockey. The daughter was armed with a note detailing what the coach felt were the right requirements in terms of nutrition, while away at tournament. The advice was well meaning, but quite a way off the mark. Sticky buns, and other sugar-type food, were recommended for after performing, on the basis they would create quick reserves of energy. And no, that’s not what we want to encourage at all.
We’ve talked about changes of diet in relation to weight and implications on diseases, now let’s talk about what fuel you need to burn to utilise your energy. The movement away from loading up with carbohydrates if you are an athlete is totally consistent with what we have been talking about in previous blogs. The dietary concerns we have talked about in relation to health have direct implications for athletes.
The idea of food as fuel - aimed at getting the best results out of an athlete -has long been a topic of conversation. Back in the 1980s it was thought carbohydrates were the best way to go. The likes of Dr Steven Phinney and Dr Jeff Volek wisely negated that belief. From them we heard that if you load up on carbohydrates your body’s reserves store that as glycogen in the muscles.
If we think about how much glycogen we can store, that sits at about 2,000 kilocalories. Whereas, our natural fat reserves contain about 40,000 kilocalories. So what Drs Phinney and Volek decided was worth investigating was whether athletes could, preferentially, burn their fat rather than carbohydrates (seeing as fat reserves were greater). What they found was – when they put their athletes on the ketogenic diet of low carbs and high levels of good fats – metabolisms converted to burn fats rather than carbohydrates. This was the desired, effective, result. (See earlier blogs for more on the ketogenic diet). 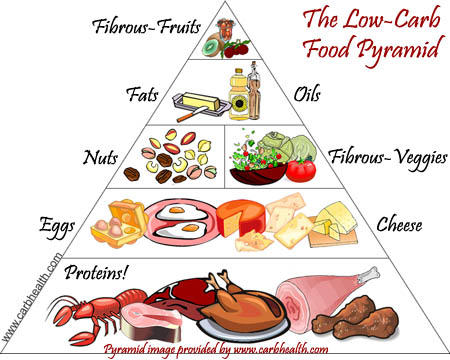 Drs Phinney and Volek studied the blood chemistry of athletes on carbohydrate-high diets and found – of no surprise to them – that their insulin and body cholesterol was out of whack and they were at an almost pre-diabetic state. They took two of those endurance athletes to task – literally, putting them on a ketogenic diet (low carbohydrates, and a diet high in good fats and protein). As mentioned in an earlier blog, and of high relevance here, is that consuming carbohydrates as a fuel source is like burning twigs – carbohydrates burn hard and fast.  But, we want to burn like charcoal – this sustainability is what is achieved when fat is your fuel source. The two athletes being studied exercised for 18 hours a day - they rowed from San Francisco to Honolulu over 45 days. Their blood chemistry was tested at the end of it, and they were asked how they felt – the results were all positive. The athletes, who had been using their fat reserves as fuel, said they felt quite fantastic. Drs Phinney and Volek have since written a book called The Art and Science of Low Carbohydrate Performance. Dr Phinney is also quoted in the following youtube clip called Cereal Killers.All of the above applies to anyone who has grown up with the belief that they need to “up the carbs” to improve their performance, but it is especially relevant to endurance athletes.
Here at All About Health and Wellness, Paddy (Naturopath) and I (Physiotherapist) are united in our keenness to help athletes get their fuel source sorted. Come and have a consultation. We can measure how you are going and give dietary advice. Recipes and a shopping list are also part of what we offer as we assist you on your journey to exercising on the right fuel.
Did you know? Paddy and I do skype consultations at $35.00 for 15 minutes – this includes a report of findings. Consultations cover the various aspects offered within a clinic environment – for example, nutrition, exercise and injury advice.

We can offer you a vast range of natural therapies to holistically address your health concerns, and help get you back to your best. Some of our diagnostics + treatments include Live Blood Screening, DNA genetic profiling, hormonal screening (saliva) Practitioner only products, NET (Neuro Emotional Technique), Homeopathy & food intolerance ‘de-sensitising’.

Physiotherapy With over 30 years’ experience you will have the best possible hands for your injury. We offer a one-on-one treatment which can include manual procedures such as acupuncture, myofascial release, joint mobilisation and manipulation. Our minimalist gym means we can also provide you with an exercise programme to suit your condition.

Are you dissatisfied with your health? Or do you have chronic problems that are preventing you from achieving your best? Our Health Questionnaires can help us both target the area of concern, and then recommend the best treatment options for you.